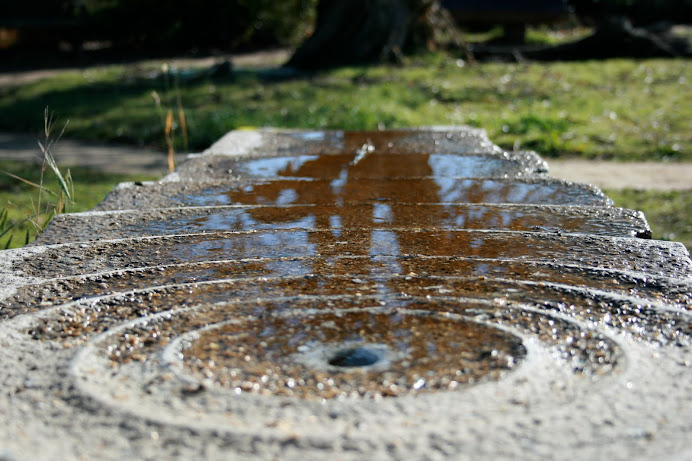 Here's a question to throw at the blues:  What happened in 2012 that made the year valuable?  What good surprises did you discover?  What did you learn from 2012? 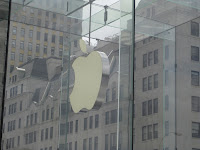 One of the best things to happen in 2012 was to be a part of Tim and Sierra's wedding.  I flew to NYC in April, hung out with relatives, explored NYC on foot, and officiated at one of the nicest weddings I have ever attended.  I was not surprised to have loved the time in NYC but I was surprised at how much fun it was to officiate at this wedding. Tim and Sierra have such a warm group of family and friends and I was delighted to be a  part of that.  I still don't get how they came to ask me to be the officiant but I am glad they did. 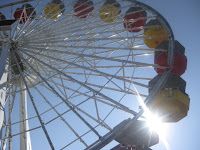 My trip to Santa Monica with my brother Matthew in July was also an unexpected highlight.  I had such a good time spending the days with him and we were ideally matched as far as activity vs solitude.   He is such a thoughtful and reflective man and we had the best conversations, wonderful meals, and played together  at being curious explorers. There was also one especially memorable afternoon of being pure unadulterated kids again at the beach.  Never to be forgotten.

I was surprised at how enjoyable I found April's  A to Z Writing Challenge to be.  I mean, really?  It's just writing a blog piece for every day for 26 days (all of April with Sundays excepted).  The fun was in coming up with the topics and then meeting new blog writers as a result.  I just didn't expect it to be so pleasurable.  I wrote some ahead of time and have already started thinking about topics for the 2013 Challenge. 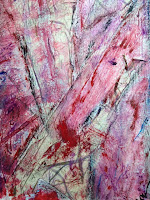 I admit to being so surprised at some of the artwork I created in 2012.  Sometimes I nail it - whatever IT is - when I am painting. Painting  is so mysterious to me.  What the hell?  Why such deep satisfaction from playing with paints, colors, textures, all signifying nothing but the random play of an adult momentarily transformed into a kid again?  I don't know but painting surprises me.


On a very personal note, I am surprised that I stopped consuming alcohol (on September 11, the day after my birthday).  I might start again some time but it has been a valuable experiment to give it up entirely.  I miss it.  Sometimes I miss it a lot. I miss the relaxation, the surrender to what is in my head.  I miss the disengagement that happens when I consume alcohol.  I miss not being in that sweet place of not caring about anything.  On a similar note, I am shocked that I stopped taking the antidepressant that I have taken for over 8 years.  I NEVER would have predicted that I would stop.  In fact, I used to worry that some doctor some time would stop writing the prescription and that I would be in bad shape.  I stopped in late August because I was curious, curious about what would happen.  I thought maybe nothing would happen, that I wouldn't even notice its absence.  Was I wrong about that!  Holy s**t!  It was a tough, tough transition and took a good three months for the withdrawal symptoms to fully subside.  Now the surprise will be what happens next in the alcohol/medication department.    BTW, I also ceased using weed though that was relatively easy and its absence is not so notable.
So, Mr Blue, what do you think?  If I can go back and be surprised at some of the events of 2012, perhaps I can muster up some curiosity about 2013?

Posted by Graciewilde at 3:53 PM

Graciewilde
I am a curious person, interested in many aspects of life. I am also a bundle of contradictions. I enjoy people - interacting and just people watching - and I also very much enjoy solitude. I love to be active. The current activity of choice is bicycling but I have been a runner, a swimmer, a kickboxer, a weight lifter, and always a hiker. At the same time, I am very happy to read for hours or to write and rewrite. I can spend a lot of time painting abstract art (acrylics) and I have a stack of completed works to prove that. I am a guidance counselor at a public middle school in California. It is a relatively small middle school and so I wear many hats. It is the ideal work for me at this time in my life. I have a genuine affection for kids and especially for those kids who don't jive so well with the world (or the world doesn't jive so well with them). I also am remarkably organized (despite what my office might suggest) and welcome a jam packed day. That's a good thing since most days are non stop action - most of it unpredictable! Love it!